2022 Mayor's State of the City Breakfast

Please note ONLINE REGISTRATION is now closed as of 12pm, Wednesday, February 3, 2022. Please note walk-ins welcome and you can register/pay at the registration table tomorrow. Registration table opens at 7:15 a.m. in the lobby outside the event which is on the second floor in Ballroom A/B.

ALSO - all changes in table guests are fine but we are not noting them in our system at this point. If you have a table, please tell your guests to sit at your table and they do not need to stand in registration line. We will have room maps with table assignments - they just need to go to your table. Thank you.

Discount seats are available until 5pm, Thursday, January 28, 2022
Members
$45 before the deadline
$50 after the deadline 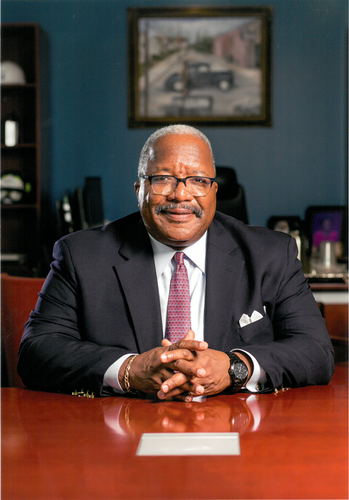 Walk-in guests welcome but you must pay at the door. Registration opens at 7:15 a.m. outside Ballroom A/B on second floor.


Join us! City of West Palm Beach Mayor Keith James will deliver the 2022 State of the City Address. Mayor James will reflect on the City's recent accomplishments and announce updates on key city priorities.


Arrive early and network with elected officials and other community leaders while enjoying fresh coffee and then a full breakfast with his program.

Prior to being elected Mayor, Keith James served as the District 4 City Commissioner from 2011 - 2019, serving as President of the Commission twice. During this time, Mayor James helped create West Palm Beach's strategic plan, finance plan, water plan and mobility plan. Mayor James has been a part of the leadership that has led West Palm Beach from the depths of the recession to the booming metropolis we have today.

As a lawyer in the private sector, Mayor James worked with the owners of small and medium-sized companies to help them achieve their business dreams. He has worked with some of Florida's top firms, is a frequent guest lecturer on business practices and procedures and has provided a level of corporate and executive experience that has benefited West Palm Beach.

Mayor Keith James has been a West Palm Beach resident for the last 30 years. It's where he raised his two children and has dedicated his life to public service. Mayor James and his wife Lorna are proud to call West Palm Beach home.