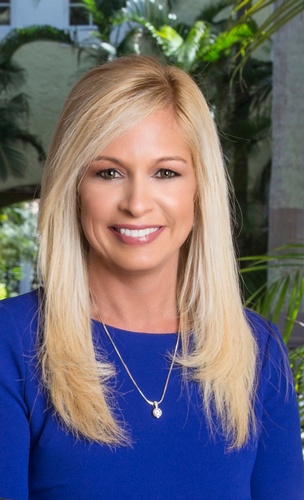 The Chamber of Commerce of the Palm Beaches is pleased to announce another outstanding keynote speaker for our February Breakfast. The Business Development Board (BDB) of Palm Beach County President and CEO, Kelly Smallridge, will discuss Economic Development in Palm Beach County: An overview of companies that have relocated or expanded into the county over the past 12 months.

Kelly L. Smallridge is President and CEO of Palm Beach County’s public/private economic development agency, the Business Development Board of Palm Beach County (BDB) where she has worked for 30 years.    She serves as the longest tenured economic development President in the State of Florida and has a solid track record in facilitating some of the largest job creation projects for Palm Beach County.  In 2013, Governor Rick Scott awarded Kelly with the Governor’s Ambassador Medal recognizing her hard work in creating jobs in Palm Beach County.
Kelly oversees all operations of the Business Development Board which is one of only two Accredited Economic Development Boards in the State of Florida. In 2004, she became the first female President of a South Florida economic development board after serving in many different capacities within the organization including the lead role for the Recruitment, Retention and Expansion from 1988-2004.   In addition, she serves as Chair of the Florida Economic Development Council and as a director of the following boards: Enterprise Florida, South Florida Fair, the Homeless Coalition, and The Education Foundation. She is a member of the International Women’s Forum and International Economic Development Council.

In February 2013, she was featured on CNBC and in the NY Post touting the assets of Palm Beach County.  Under her leadership, the BDB has received numerous state and national awards for its work in recruiting and expanding companies to Palm Beach County and is credited with facilitating two of the world’s largest bioscience organizations to the state: The Scripps Research Institute from San Diego and the Max Planck Society from Germany.  Her aggressive style in facilitating relocations and expansions has led to big announcements of jobs for this county from companies like United Technologies, ADT, Pratt & Whitney, G4S, Fed Ex, Sikorsky Helicopters, Aldi, Cancer Treatment Centers of America and TBC Corporation to name a few.

Kelly is also credited with creating several new programs for Palm Beach County: the first Expedited Permitting Ordinance which was adopted by 15 cities in Palm Beach County; a countywide “Shovel Ready” program to identify sites ready for construction within 12 months as well as an Education Initiative which provides a one-stop resource for CEOs to find public, private, charter and faith-based schools when deciding to relocate.

She was also named the Small Business Leader of the Year by the Sun Sentinel and a recipient of the Palm Beach County Public Schools Distinguished Alumni Award.  Kelly was also recognized by Palm Beacher Magazine as one of the top 40 most influential leaders in Palm Beach County, by the South Florida Business Journal as an “Ultimate CEO” and “Top 100 Power Leader”, by South Florida CEO as one of the top 40 business leaders in Palm Beach County and by Florida Trend as a “Top 500 Power Leader” in the state of Florida.
Ms. Smallridge graduated from the University of Florida.  She has three sons and resides in Wellington.

*Photographs taken at this event may be used for publications and promotion.
Event Media: 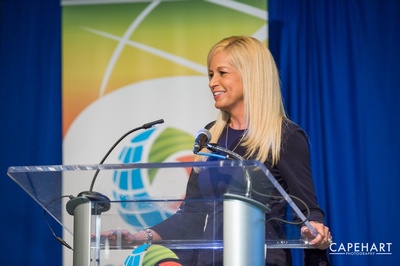 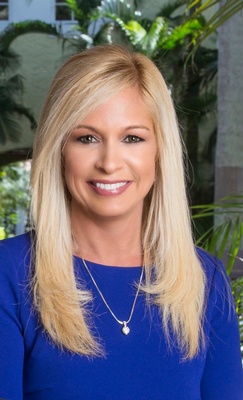 Registrations may be canceled up to 3 days (72 hours) before the event.  Registrations that are canceled prior to 3 days (72 hours) of an event will not be charged and any amounts paid will be refunded. Cancellations must be emailed to msacher@palmbeaches.org.
Set a Reminder:
Business Directory News Releases Events Calendar Hot Deals Member To Member Deals Marketspace Job Postings Contact Us Information & Brochures Weather Join The Chamber