Safety Responses to an ACTIVE SHOOTER - How to keep your organization safe!

Name: Safety Responses to an ACTIVE SHOOTER - How to keep your organization safe!
Time: 8:30 AM - 10:00 AM EDT
Website: http://www.palmbeaches.org
Registration: Sorry, public registration for this event has been closed. 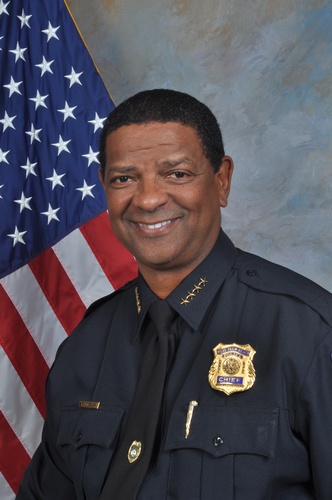 Chief Frank Adderley is a native of Fort Lauderdale and the youngest son of Bahamian immigrants, the late George and Frankielee Adderley. He was raised in the Fort Lauderdale’s Northwest Community, attended Broward County Public Schools and is a 1979 graduate of Stranahan High School. He joined the City of Fort Lauderdale Police Department in October 1980 and was the youngest cadet in the 81st graduating class of the Broward County Police Academy.
Chief Adderley was promoted to Sergeant in 1993 where he served in Patrol, Street Narcotics Unit, and the Office of Internal Affairs. He was promoted to the rank of Captain in 2000 where he served in Patrol, the Community Support Division, and the Special Investigations Division. In 2006, Chief Adderley was promoted to the rank of Major making him the first African-American to hold such a rank in the Ft. Lauderdale Police Department’s history. Less than a year later, he was promoted to Assistant Chief where he oversaw investigations, which encompassed 164 investigators assigned to the Criminal and Special Investigations Divisions.
On June 1, 2008, he was appointed as the first African-American Chief of Police in the history of Fort Lauderdale. Chief Adderley oversaw a department that include an annual budget of $100 million, 535 sworn police officers and 190 civilian employees.
Chief Adderley received his Bachelor’s Degree in Criminology from Florida Gulf Coast University and a Master’s Degree in Public Administration from Florida International University. He is a graduate of the 206 Session of the FBI National Academy, Graduate of the 52nd Session of the United States Drug Enforcement Administration’s Drug Commanders Course, Criminal Justice Executive Leadership Program at Florida Atlantic University and a graduate of the 33rd Session of the FBI’s National Executive Institute.
Chief Adderley was the 2007 Sistrunk Historical Festival’s Outstanding Achievement Honoree, recipient of the 2013 Dorsey Riverbend Civic Association’s President Award, was inducted into the Broward College’s Hall of Distinction in 2014 and an adjunct professor of criminal justice studies.
Chief Adderley was President of the Broward Chiefs Association in 2014, he serves on the International Association of Chiefs of Police’s (IACP) Crime Prevention Committee and former member of IACP’s Dangerous Narcotics and Drug Committee and the Florida Commission on the Status of Black Men and Boys. He is a member of First Baptist Church of Fort Lauderdale, Pi Alpha Alpha Honor Society, Life Member of the NAACP and the Omega Psi Phi Fraternity, Inc. Sigma Alpha Chapter in Miami Gardens.  His hobbies include golf, tennis, and distance running.
Event Media: 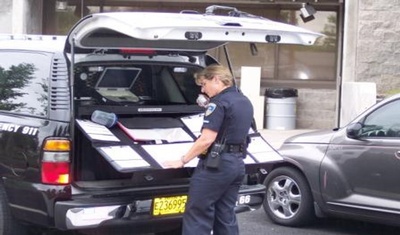 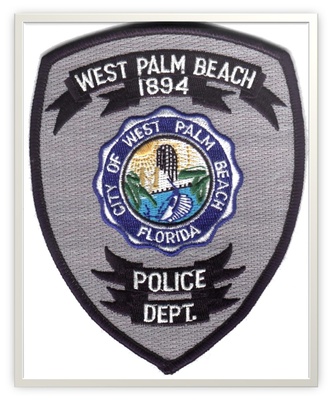 PARKING: The WPBPD does have a parking garage attached to the PD which is "self-parking" and the normal fees apply or metered parking on the street.   The entrance to the garage is on Clematis Street across from the Post Office.