September 11, 2001 changed our lives forever, as our country all stood united as one.

In October 2003, Forgotten Soldiers Outreach was born to help send that little bit of home to our troops. Service members were provided with much needed care items, as well as letters of encouragement.

Over the years, Forgotten Soldiers Outreach has become a nationally recognized organization receiving support from all over the country. We send out monthly “We Care” packages to our United States deployed military, who have been registered by family members, friends, commanding officers or themselves.

The fact remains that deployments continue all over the world, and our list continues to grow. Now more than ever, our men and women serving in the military can use that extra morale boost that is received through our “We Care” packages. 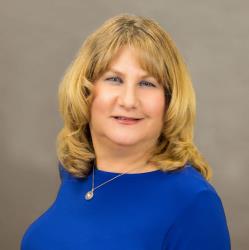 Lynelle has always been involved with helping others which propelled her to earn a degree in Sociology from the University of Florida. She began her career as a social worker with the State of Florida. After several years, she switched gears into property management. In 2006, Lynelle retired to devote her time to the continued development of Forgotten Soldiers Outreach.

In 2003, Lynelle was in contact with a co-worker who had a son that was deployed to Iraq.  This soldier and his squad members, were becoming tired and frustrated, longing for home. Lynelle started collecting items to send to them to lift their spirits and provide encouragement. Thus, from humble beginnings, Forgotten Soldiers Outreach was born. In March of 2004, after a profile segment on Good Morning America, Forgotten Soldiers Outreach became nationally known as a 501(c)3 non-profit organization.