WEST PALM BEACH, FLORIDA — Palm Beach Atlantic senior Miriam Edele has won the prestigious Benjamin A. Gilman International Scholarship to study this summer in Cusco, Peru.
The Gilman Scholarship is a program of the U.S. Department of State’s Bureau of Educational and Cultural Affairs (ECA). “This award is highly competitive on a level with the Fulbright Award,” said Dr. Carl Miller, who leads PBA’s Prestigious National Scholarship Program.
“It’s always been a dream of mine to go to Peru,” said Edele. Her father did mission work in Peru when she was a child, and she fondly remembers the souvenirs and pictures he brought home.
She is from Franklin, Vermont, and entered PBA as a vocal performance major. But in her freshman year, “just for fun,” she took an international relations course with Dr. Francisco Plaza, professor of politics. “I absolutely loved the class,” she said. “It was so interesting.”
Edele switched her major to politics, soaking up other courses taught by Plaza and other faculty. She also interned with the University’s LeMieux Center for Public Policy.
She leaves for Peru at the end of June. Under the direction of International Studies Abroad, she will take several courses, including Latin American & U.S. Relations and Incan Civilizations. Thanks to her Gilman Scholarship, she will visit the U.S. Embassy in Peru for behind-the-scenes tours and networking.
After she graduates from PBA in December, Edele plans to do graduate work in international relations, perhaps studying abroad. She hopes one day to serve in a U.S. embassy. “Wherever God leads me,” she said, “I’ll be happy to go.”
The Gilman Scholarship is named after the late Benjamin A. Gilman, who served in the House of Representatives for 30 years and chaired the House Foreign Relations Committee. Gilman, from New York, believed studying abroad “provides our students with the opportunity to return home with a deeper understanding of their place in the world, encouraging them to be a contributor, rather than a spectator in the international community.”

About Palm Beach Atlantic University
Palm Beach Atlantic University, founded in 1968, is a private, Christian university, offering 64 undergraduate programs, numerous graduate degrees and professional degrees in nursing and pharmacy, with a 29-acre campus in West Palm Beach and an Orlando campus. The University is dedicated to the integration of Christian principles to prepare students for learning, leadership and service. Sailfish athletes compete in 18 NCAA Division II and Sunshine State Conference varsity sports. The 78-acre Marshall and Vera Lea Rinker Athletic Campus provides facilities for training and hosting intercollegiate sports. As a Christ-first university, PBA affirms the values that have built American society, including religious liberty and the free enterprise system. 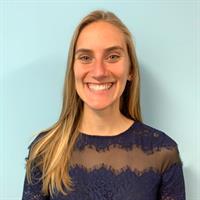