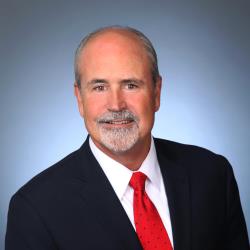 Joseph B. Jay Shearouse, III is President and Chief Executive Officer of First Bank of the Palm Beaches. Previously, Jay served for two years as President of National City for Southeast Florida, and prior to that, as Executive Vice President for Fidelity Federal Bank & Trust, where he had worked for over 28 years. As a third generation Floridian, Jay is very active in the community and currently serves as Vice Chairman on the Board of Directors for the United Way of Palm Beach County, and serves on the Board of the Boys & Girls Clubs of Palm Beach County. In the banking industry, Jay has served at the State level on the Board of Directors of the Florida Bankers Association and at the National level on the board of America's Community Bankers. He was named ''Florida Banker of the Year'' in 2006 by the Florida Bankers Association. Jay and his wife, Michelle, and his children, Joseph IV and Eric, reside in Jupiter. Jay graduated from Florida State University.